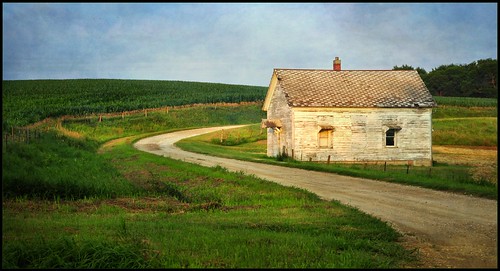 “It felt very good to have him walking beside her. Good like rest and quiet, like something you could live without but you needed anyway. That you had to learn how to miss, and then you'd never stop missing it.”


It isn't often that contemporary literature touches my soul, but Marilynne Robinson's "Gilead" novels (Gilead and Home) have certainly done that.  When I heard that another novel set in the small Iowa town was to be released last October, I knew immediately that I would have to read it.  Not only does it take us back to a world of simple beauty and intense faith, it also provides us with the history of a woman who has lingered on the edge the story and only hinted at her true depth of character.

This is the story of Lila, the wife of Reverand John Ames whose story is told in Gilead.  As a young child, she was taken away from a neglectful home by a drifter named Doll.  Raised on the road, in constant search of work, shelter, and food, Lila's childhood and youth was rough and broken yet there were many good/happy memories as well.

After Lila becomes and adult and she and Doll are separated, she finds herself in even darker circumstances.  Hell bent on escaping it, Lila leaves St. Louis and eventually finds herself on the outskirts of the small Iowa town of Gilead.  It is there that she meets Rev. Ames, who seems to offer her a chance at peace, safety, and love.  But trust has never been a luxury that Lila could afford, and not a day goes by that she doesn't have to choose between staying in the quiet town or searching for freedom out on the road.

Ever since I read Gilead, I have been dying to know more about Lila.  She played an interesting role in both of Robinson's novels whether it was her quiet devotion to Rev. Ames or the sympathy she seemed to have with Jack Boughton.  I think Robinson satisfied every longing I had with this one.

I have always delighted in how Robinson portrays the beauty of grace and the Christian faith.  As with the other two novels, we get to see grace played out in the life of one of the characters, but in a completely different way.  Rev. Ames is the man who has been secure in his faith for a long time, Jack Boughton is the man who is running from the faith of his father, and Lila discovers grace for the first time and slowly learns to embrace it.  She is someone who has never been offered true rest, quiet, and safety.  Rev. Ames offers it to her, demanding no explanations, no guarantees, and no apologies.  I think it is a beautiful picture of the life that Christ offers us.  He gives us love and grace regardless of our past.

But though Robinson portrays the beauty of God's grace, she doesn't ignore the difficulties we can have with reconciling our faith with our lives.  Though her childhood was by no means easy, it is obvious that Lila has a deep affection for the people she knew in her youth.  As she learns more about Rev. Ames' faith, she learns that her friends may not have been "saved" and this is something she can't bear to think about.  Trying to balance what we believe with what we actually experience in life is quite possibly the hardest part of being a Christian.  Robinson does a wonderful job of showing us that we can allow ourselves to question our faith.  To not shy away from the hard questions but to ask them and wrestle with them.

As always, Robinson's prose is simply stunning.  I will say that the format of this book took some getting used too.  Rather than being a letter or novel by an educated person, it is the disjointed thoughts and feelings of a woman who has not received as much education.  Time skips around and events don't really follow each other like normal.  But it makes sense for the character and becomes easier to follow as you go along.

This is certainly a fitting addition to the "Gilead" series.  Though I think I will always love and identify with Gilead the most, the raw beauty of this one touched me and dealt with a lot of my own thoughts and struggles from the past couple of years.  Do yourself a favor and pick this one up.
Posted by bookwormans at 10:23 AM 3 comments: Links to this post 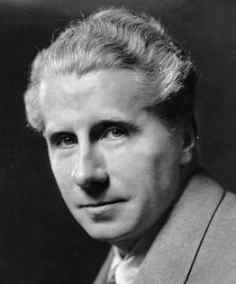 "That's what you ought to do. Be an animal–doctor. Give the silly people up—if they haven't brains enough to see you're the best doctor in the world."

-from The Story of Doctor Dolittle
Posted by bookwormans at 7:05 AM No comments: Links to this post 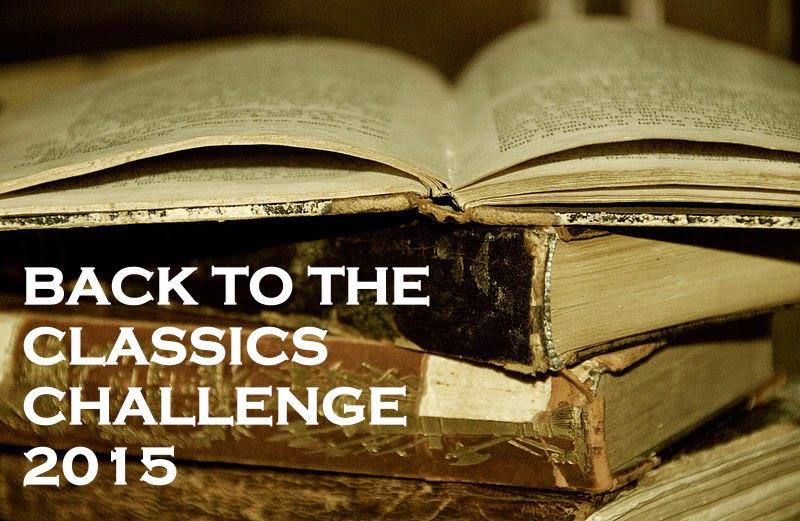 I had a great time participating in the Back to the Classics challenge in 2014 hosted by Karen at Books and Chocolate.  It was a great way to knock a lot of books off my TBR list.  I also love the sens of community it brings and getting to read the reviews of other bloggers.  I'm signing up for the 2015 challenge, though I will not be reading book from every category like last year.  My goal is to read nine classics (published before 1965), and below are the books I have selected:

If you are interested in taking part in this challenge, head on over to Books and Chocolate to sign up.  It's a great way to add some classics to your diet!
Posted by bookwormans at 10:12 AM No comments: Links to this post

I say it ever year, but I can't believe we are entering a brand new year.  It seems like only yesterday I was making plans for what to read in 2014.  I had an excellent year in reading, though I'm afraid my posting over the last few months may not reflect it.  I read 26 books in all and completed 2 challenges (Back to the Classics 2014 and the 2014 Shakespeare Reading Challenge).  Here is a ranking of my favorite reads for 2014:

Honorable Mention: Tess of the d'Urbervilles by Thomas Hardy.  This is a story that touches you to your core.  Tess Durbeyfield is probably the most real character in all of the stories I read this year.  She is sad, beautiful, strong, vulnerable, and brave.  She is a victim of her times and yet in the end she manages to rise above it all.  This isn't a story that will leave you smiling, but it also won't leave you the same.

#5: Night by Elie Wiesel.  This is another story that will change you.  Wiesel's account of his family's experience in the Holocaust is painful, horrifying, and raw.  Watching these people be systematically stripped of their humanity is difficult, but it is necessary.  The ultimate tragedy would be for us to turn away from theses victims' stories and to forget what atrocities the human race is capable of.

#4: And Then There Were None by Agatha Christie.  This was my second Agatha Christie novel and there is no disputing that she is one of the best (if not the best) crime writer ever.  While the stories happen in the most peaceful and idyllic of settings, they are filled with a suspense that is almost palpable.  This particular story is fast paced and intriguing, and the ending (though a little convenient) is one you won't see coming.

#3: The Black Count by Tom Reiss.  This story of Alexandre Dumas' father and the inspiration for characters like the Count of Monte Cristo was spectacular.  I was hooked from the very beginning and I learned so much.  It covers not only the story of General Dumas' life, but also slavery and race relations in 18th century France as well as one of the best overall accounts of the French Revolution that I have ever read.  It's a shame that it took so long for this story to be told.

#2: Richard III by William Shakespeare.  Of all of the Shakespeare plays that I have read, this one stands out as my overall favorite.  It has a gripping story, immortal lines, and one of literature's best non-heroes.  Richard is one of the most intriguing characters I have ever come across and you can certainly see his influence in our own modern storytelling.  If you don't read any other Shakespeare history play, make it this one.

#1: Lila by Marilynne Robinson.  Of all of the modern writers that I have read, none has touched me quite like Marilynne Robinson.  This is the third book in her Gilead series and it was everything that I hoped it would be.  We get a look at the past of the series' most intriguing character, and we see how love and grace given freely can change a person's life forever.

Yes, 2014 was a terrific year in my reading life and I am so excited for what I'm going to read in 2015.  Here is a look at what I have planned for the first part of this year:

- Nicholas Nickleby by Charles Dickens
- A Moveable Feast by Earnest Hemingway
- Howard's End is on the Landing by Susan Hill
- Dr. Zhivago by Boris Pasternak
- The Dogs of Riga by Henning Mankell
- Unbroken by Laura Hillenbrand
- A Passage to India by E. M. Forster
- Stardust by Neil Gaiman
- The Hitchhikers Guide to the Galaxy by Douglas Adams