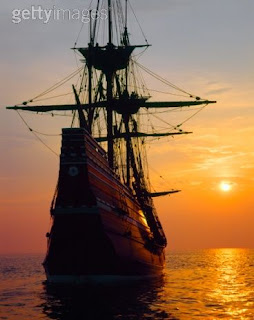 "The warmly cool, clear, ringing perfumed, overflowing redundant days, were as crystal goblets of Persian sherbet, heaped up, flaked up, with rose-water snow. The starred and stately nights seemed haughty dames in jewelled velvets, nursing at home in lonely pride, the memory of their absent conquering Earls, the golden helmeted suns! For sleeping man, 'twas hard to choose between such winsome days and such seducing nights."
-from Moby Dick by Herman Melville
Posted by bookwormans at 1:55 PM