Sorry for the long absence. Not only have I been spending the last couple of weeks getting back to my normal life, but I also got to spend the almost two weeks before that living one of my biggest dreams. Yep, I spent 10 days in London and Paris. It was a fantastic trip, soaking up all of the history, culture, and sights that abound in both cities. I also came across quite a few literary moments in each city. Here is a glimpse of just a few of the many literature related places in Paris and London. 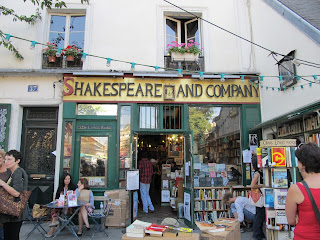 Not only is this a popular English bookstore in Paris today, but it is also a tribute to the original bookstore opened by Sylvia Beach in 1919 which was also a favorite haunt of such famous writers as Ernest Hemingway, James Joyce, and Ford Maddox Ford. It has lots of used books for sale, and also a reading room upstairs. 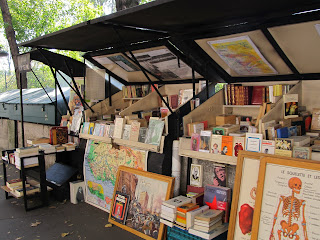 These booksellers have been selling their wares along the River Seine for hundreds of years. A great place to find old magazines, postcards, French books, and a variety of other items. 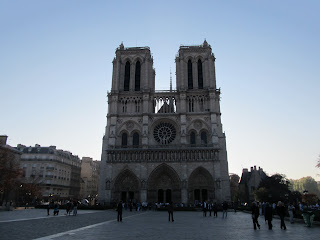 This gorgeous Gothic cathedral owes a lot to the efforts of French author Victor Hugo. His classic novel The Hunchback of Notre Dame helped start a preservation movement in France that led to the restoration of the church. 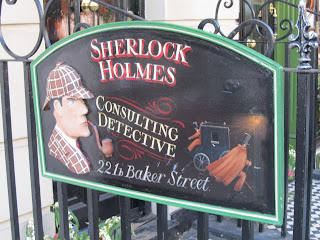 Though Sir Arthur Conan Doyle's famous detective may exist only in our imaginations, 221B Baker St. is a very real place. Holmes aficionados can take a peek inside the world famous address where the rooms have been kept just as if the detective and his sidekick Dr. Watson were about to walk in any minute. From the chemistry set and violin to "souvenirs" from the various cases, its somewhere that every mystery lover should stop. 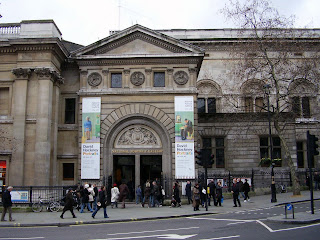 This museum right around the corner from the National Gallery holds portraits and photos of many famous Britons, including classic authors. The Brontes, Charles Dickens, Rudyard Kipling, Robert Louis Stevenson, and Christopher Robin Milne are all represented. 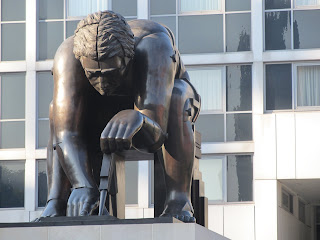 Like the Library of Congress, this is the home of many important literary works in Britain. On display, you can see handwritten manuscripts including Alice in Wonderland, Jane Eyre, and an early work by Jane Austen. It almost brought me to tears. 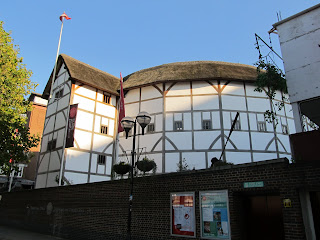 This is a replica of the original theater that housed Shakespeare and the King's Men. Today, the famous playwright's creations are still performed in front of enamored audiences. 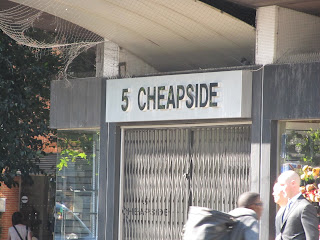 Jane Austen fans might recognize Cheapside as the home of Lizzy Bennett's uncle and aunt in Pride and Prejudice. 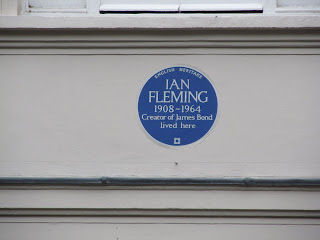 You'll find these little blue plaques all over London, marking specific buildings as having once been the home or office of someone famous from Charles Dickens to Jimi Hendrix. This house where Ian Fleming once lived is in Belgravia. 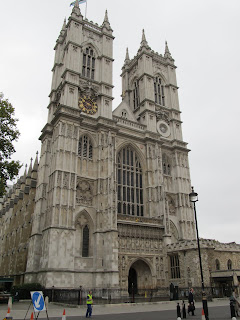 For lovers of English literature, perhaps nowhere in London is more important than Poet's Corner in the famous Westminster Abbey. This part of the abbey is not only a memorial to famous British writers, but also the final resting place of many of them. These include Robert Browning, Geoffrey Chaucer, Charles Dickens, Thomas Hardy, Rudyard Kipling, Edmund Spenser, and Alfred Lord Tennyson. It is a pilgrimage worth making.
Posted by bookwormans at 4:06 PM

Thank you for sharing your dream trip with us. I hope to go to England next year with a book-loving friend.

Wow, wow, wow!!!! What an incredible trip. You saw so many important literary sites. I know you had an amazing time! What incredible fun! Did you go to the Peter Pan Statue in Kensington Garden?