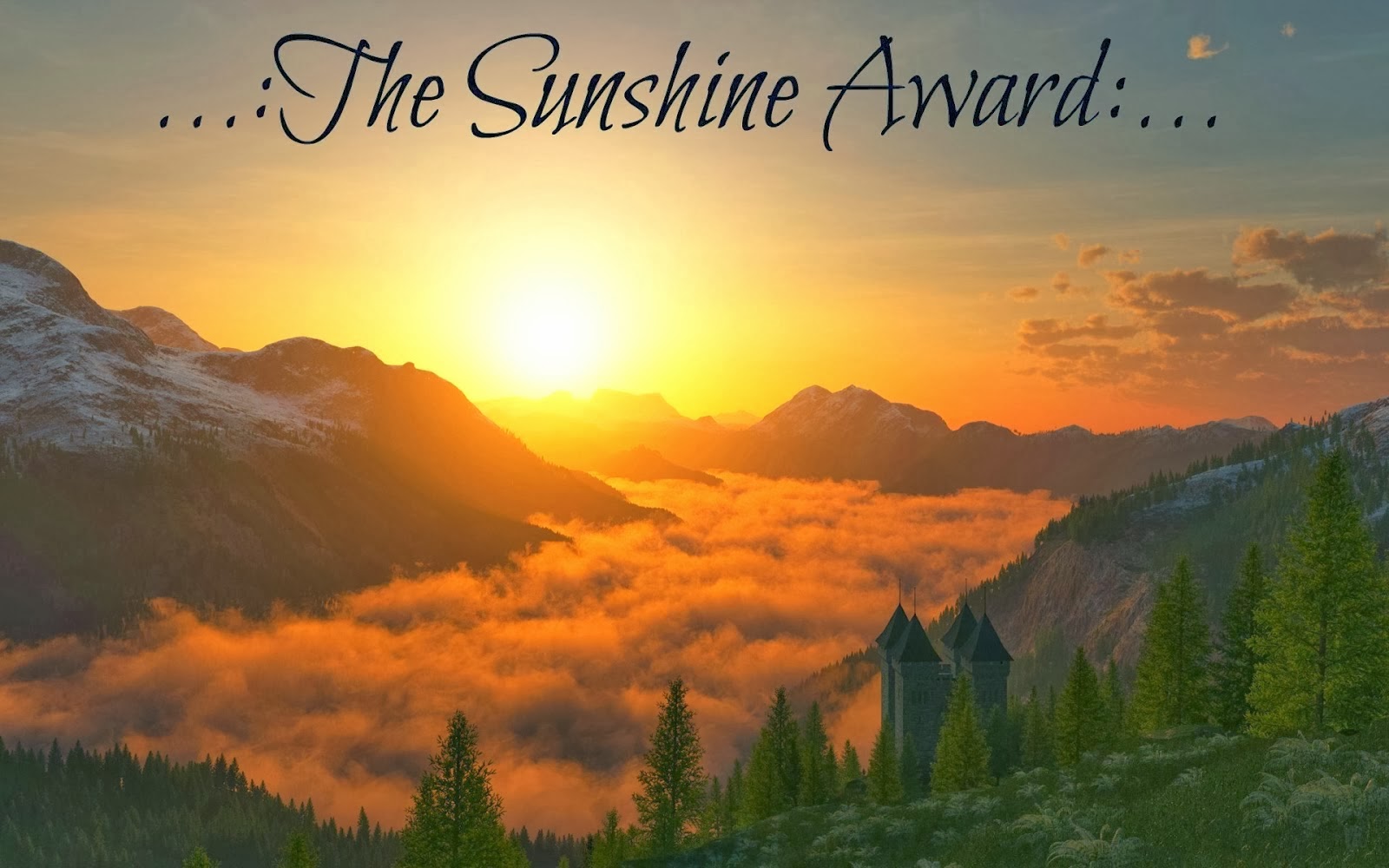 Hannah over at The Life and Random Thoughts of Indigo Montoya nominated me for The Sunshine Award.  I'm very honored...thank you Hannah!  This is a tag type award and here are my answers to her questions.


Is there anything you love that no-one would expect you to?

I think that many people would consider my tastes and interests to be rather highbrow.  I love classic literature, black and white films, good wine, travel, history, etc.  But one of my big loves that isn't so upscale...Disney.  I love anything and everything having to do with Disney.  Perhaps love isn't a strong enough word.  Obsessed is better.  I literally become a puddle of feelings whenever I'm around something Disney related.  I spent my childhood watching such classics as Winnie the Pooh, Mary Poppins, and Sleeping Beauty and I continue to love those films today.  Here is the best scene from my all-time favorite Disney film...Beauty and the Beast.

What are three of your favorite TV shows?

I've never been a huge TV watcher, but I do have some real favorites.  My favorite TV show of all time is The West Wing.  Aaron Sorkin's political drama was smart, funny, and often powerful.  No matter what your political leanings, you left each episode feeling an enormous pride in the ideals of America.  My second choice may be kind of cheating, but I'm going to have to choose Masterpiece.  This is how most Americans (who don't have BBC America) get some of the best British dramas like adaptations of great literature, Downton Abbey, and Sherlock.  Sunday nights are Masterpiece nights every winter/spring for my family.  And finally, the show I turn to when I need a good laugh is The Big Bang Theory.  What other show makes us nerds and geeks look so cool?

Narnia, Hogwarts, Middle-Earth, Westeros.  If you could visit only one of these fictional places which would you pick and why?

Well, Hogwarts and Westeros are automatically out because (ducks for cover) I've never read/seen Harry Potter or Game of Thrones.  I think I'd have to go with Narnia as it has been a part of my life for such a long time.  I've always loved the stories and would love to spend time sailing on The Dawn Treader, traveling with Puddleglum, taking fencing lessons from Reepicheep, having tea with Mr. Tumnus, and sitting at the feet of Aslan.  Even as an adult, these stories create a deep and mysterious longing deep inside of me.

If you're into musical theater, name some of your favorite West End/Broadway stars.

Ok, so while I love musicals in and of themselves, I am not very familiar with the stage versions.  I often have only seen the film versions or I come to know stars of the theater only when they show up in a movie or tv show.  Probably the Broadway star who has made the biggest mark on my life through a stage show is Mary Martin.  For years we had a video of the 1960 broadcast version of Peter Pan starring Mary Martin, and that is probably my favorite adaptation ever.  I still remember being captivated as she begged us all to clap and save Tinker Bell's life.  Here she is singing Never Neverland:

What is your favorite accent?

Hmm...I'm going to take this to mean which accent I find the most attractive.  I tend to be most attracted to the accents of the British isles or other English speaking countries.  And while the Aussies, Irish, and Scots all have something going for them, nothing can make me swoon quite like a slightly rugged Northern England accent.  Think Sean Bean, Richard Armitage, or the Ninth Doctor.  Pretty sure I'd listen to Richard Armitage read the phone book.

1. If you could have tea with any literary character, who would it be?
2. What book would you like to see made into a film?
3. If you could live somewhere other than you do now, where would it be and why?
4. What would you choose for your last meal?
5. What is your favorite sport/outdoor activity?
Posted by bookwormans at 3:42 PM

Thanks for the award. I enjoyed finding out some of your preferences. I love black & white films too. Blessings, Hope

- I adore Disney! My favourite Disney film is Beauty and the Beast as well but I also love The Hunchback of Notre Dame, Basil the Great Mouse Detective, Tangled, Aladdin... I love so many Disney films.

- I know I really need to watch The West Wing. I feel almost 100% confident that I'd love it but I haven't yet found the time.

- You're a Big Bang Theory fan too?! Brilliant! :D

- Oh my word you have *got* to get the audiobook of Georgette Heyer's 'Venetia' that Richard Armitage recorded. I'm sure you'd love it.

- I'm glad you enjoyed this tag! If any more come my way I'll be sure to send them to you :)