In Defense of Joe Wright's Pride and Prejudice 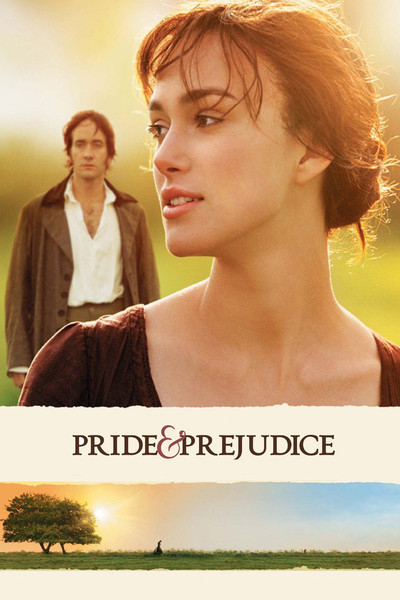 Back in 2008, I wrote a blog post that was a basic comparison of the 1995 and 2005 versions of Pride and Prejudice.  You can read the whole post, but basically my conclusion was that while the 1995 was the definitive version, both adaptations were equal but different.  To this day I continue to receive comments on this particular post, most of them expressing utter loathing for the 2005 version and wondering how anyone could even dare to compare it to the perfection that is the 1995 version.

After the most recent comment, I decided to re-watch the 2005 version.  It had been a long time since I had seen it, and maybe all of these people were right.  Maybe it was an atrocious adaptation of the classic story.  However, after finishing it, I have to say that my original feelings have not really changed.  I still feel that there are a lot of really good aspects to this version, or at the very least it is not as bad as some people claim.

First off, I have to say that there is a bit of a double standard here.  A lot of viewers complain that some scenes in the 2005 version don't happen in the book and therefore should not be here.  These same people are ignoring the fact that many scenes in the 1995 version also did not happen.  Lizzy walking in on Darcy in the billiard room, Darcy taking a bath and watching Lizzie from the window, Darcy jumping in the lake, etc.  Most of these people would also claim to love other adaptations such as North and South although it is not a scene by scene adaptation of the book either. Expecting a movie to have every scene in the book is to not have respect for the difference between the two mediums.

The cast in this version also seems to get a lot of hate.  Keira Knightley seems to be especially loathed.  One commenter insisted that the 1995 cast was a "different league of actors".  This made me laugh as I thought of the wonderful acting I have seen from Matthew MacFadyen, Tom Hollander, Carey Mulligan, Penelope Wilton, and Rosamund Pike.  These are all wonderful actors who have turned in many wonderful performances, including these.  It is also obvious from the get go that Joe Wright is attempting to distance himself from the 1995 adaptation by highlighting different aspects of the characters.  Where as Benjamin Whitrow played up Mr. Bennet's humor and contempt for the absurd, Donald Sutherland reminded us of his weariness and the distance he puts between himself and his family that ultimately leads to trouble.  Matthew MacFadyen portrays Darcy's shyness and coldness to Colin Firth's pride and embarrassment.  This plays well with Knightley's openness and vivacity to Jennifer Ehle's grace and verbal wit.  There is nothing wrong with these interpretations of the characters, they are just different.

And then we have the changes in settings that seem to get everyone up in arms.  More scenes seem to happen outside versus inside and the costumes have been changed to an earlier fashion.  While this is true, one has to wonder how much this really matters.  It does not inhibit our understanding of the story or the characters by having a conversation take place in a field versus a drawing room.

None of this is to say that the 1995 version is somehow beneath this one.  I do strongly feel that it is the definitive version and one that everyone should see.  At the same time, I do not feel that the 2005 version deserves all of the hate it gets.  It is a very pretty movie with gorgeous music and strong acting and it does a good job of telling the story in the short amount of time allowed.  It also makes small changes that help modern audiences unfamiliar with the time period to understand certain aspects of the story.  Again, I think these versions are different but equal.  This is why we continue to make adaptations of our favorite books.  It is a chance to see our favorite stories in a new light or to look at it from a different or more modern angle.

You may or may not enjoy this adaptation, and that is fine.  I just think it's time for lovers of Jane Austen to be open to different interpretations of her story.  This was the version that made me fall in love with this story and  author, and I know it did the same for many others.  So before you bash a particular adaptation, just remember it may have been someone else's gateway to the story we all love.
Posted by bookwormans at 11:03 AM

I loved this post! :) P&P 2005 isn't my favourite adaptation of Austen's book - you know what that is! - and it's taken years for me to enjoy it as much as I do now but it really is a stunning film.
It has a terrific cast (with a few exceptions). Its soundtrack is one of the best ever. It has incredibly beautiful cinematography. I can happily deal with the changed settings for the proposals. Film is a visual medium after all! Yes, this film has its flaws and isn't the most accurate adaptation but it still captures the spirit of the book remarkably well and is very accessible.

I've read those comments on your comparison post. Ouch! I'm really not fond of the 1995 version actually. I'm not a fan of the added Darcy scenes and many of its characterisations are really nothing like my own interpretations of the characters. Mrs Bennet is too shrieky. Mr Collins is too slimy and creepy. Jane Bennet isn't as beautiful as she should be, etc. Although I did used to like it well enough I became so tired of hearing its fans saying that it was "perfect" and "flawless" and that anyone who could prefer another adaptation isn't a real Austen fan. It makes me so angry. Criticise an adaptation as much as you want but don't criticise its fans!

I think that as adaptations the 1995 and 2005 versions are of equal quality but the faults in the 1995 version annoy me more. Maybe that's a case of me going for the underdog.