Ashenden: or the British Agent 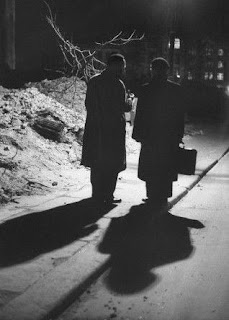 John Ashenden is a successful writer who, after the outbreak of World War I, is engaged as a spy for the British Intelligence. He is sent first to Geneva and later to Russia. Most of the chapters are their own separate story, and like Ashenden, we never really see the "big picture". Instead, we are carried through different vignettes involving many different characters. From the fantastic Hairless Mexican who murders with great ease, to Chandra Lal who spies and kills tirelessly for India's independence, each character has his or her own reason for being involved in espionage, and each is more complicated than they initially appear.

W. Somerset Maugham's novel is really more of a series of character sketches than a cohesive novel. Unlike earlier spy novels, the spy is not a hero who is fighting for his country or his own glory, but rather is someone caught by circumstances. In fact, there is not a whole lot of actual "spy work" going on. There are codes, suicides and murders, but it all seems to serve merely as a vehicle for Maugham's reflections on human character. Maugham justifies this in his introduction to Ashenden, saying "The work of an agent in the Intelligence Department is on the whole extremely monotonous. A lot of it is uncommonly useless. The material it offers for stories is scrappy and pointless; the author has himself to make it coherent, dramatic and probable." Rather than using double agents, cat and mouse games and shoot-outs, Maugham instead uses the reality of human nature to dramatize his stories.

Another characteristic of the novel is the humanness of its main character. Ashenden, who is based on Maugham himself, is not some dashing hero, but rather a keen observer of human nature who is able to see past his initial impressions of people. He recognizes that just as his boss (R.) is not wholly good, neither are his enemies wholly villainous. He soon sees that the only difference between himself and those he pursues is the side that they are on. Of course, these characters are devoid of God, and therefore devoid of hope. They paint a grim picture of what raw human nature is without the washing of the blood of Christ. Many of the characters are caught by circumstances and by bad choices, yet none of them recognize that there is hope to rise above them, because they never look for God.

These are some of the characteristics that would later influence writers like Ian Fleming, John leCarre and other famous spy novelists. It is an interesting read, not only for those who like the genre, but for anyone interested in human nature. It is a book that reflects on espionage and recognizes some of the dehumanizing effects it can have on those involved in it.

P. S. If you are like me and you can't stand scrambled eggs, be sure to read the story "Love and Russian Literature"; you'll identify with Ashenden.

It was actually the Alfred Hitchcock film entitled The Secret Agent that got me interested in this book. It is based on two of the stories in the novel: The Hairless Mexican and The Traitor as well as a romance that is not in the book. It keeps some of the plot twists from the original (like the crying dog) but other than that it goes its own way. But hey, its Hitchcock, so its great no matter what changes are made!

Posted by bookwormans at 6:23 PM

Maugham captured for all time the character and goals of British Intelligence.

The Brits are shown as merciless which was characteristic of both sides at the time. Ashenden's sweet talking the British German spy into going back to Britain and be summarily shot characterizes the times and the Brits.

Britain's insistence that they stamp out any effort for the Indian nationalists to attempt to get the Brits out of India was thwarted for another 25 years of thriving here and other stolen colonies.

There was no more valuable allie to the Communist thrust over 70 years than the thieving rationalizing Brits.

The USA and the EU would do well to remember that this kind of animal doesn't lose its spots!