There is no doubt that the best way to get kids to read is to read to them. I know beyond a shadow of a doubt that my love of reading stems directly from the fact that not only did my mom read lots of books herself, she also made a point to read to me almost daily. I also know that the vast majority of children's television shows are mindless entertainment, no matter how "educational" they claim to be. But there were some exceptions as I was growing up. In particular, there were 3 PBS children's shows that while not influencing me to the extent that my mom did, they did encourage me to read and also influenced the reading choices that I continue to make today. 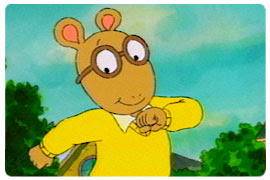 Arthur
Based on the books by Marc Brown, this series was a great encourager of reading, even though that was not always the main theme of the show. Many of the characters read and would often hang out at the library. In one episode they even did a musical number called "Having Fun Isn't Hard (When You've Got a Library Card)". I often identified with the show's main character Arthur Read (get it?!) and his passion for books. I distinctly remember one episode where Arthur was going on and on about his love of books. Then his best friend Buster walked up and asked who cared about books and reading. Arthur fainted, and so did I. 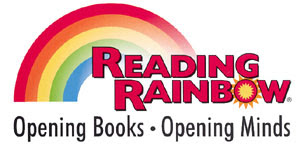 Created and hosted by actor LeVar Burton, this is probably one of the best shows to not only encourage children to read, but to also educate them on many subjects. Each episode centered around a theme (hats, pizza, cheese, dancing, etc.) , and it would use LeVar's adventures as well as a book to teach more about whatever that theme might be. It also introduced kids to some of the best children's books out there, like Ox Cart Man, Cloudy With a Chance of Meatballs, Little Nino's Pizzeria, and Rechenka's Eggs. This was one of my family's favorite shows to watch, and we continue to reminisce about our favorite episodes. 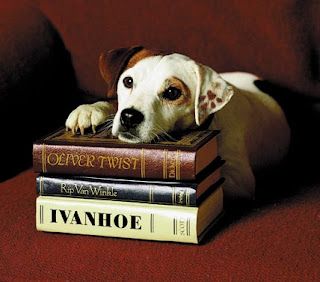 Wishbone
This was probably the best children's program ever created. It follows the adventures of a Jack Russell Terrier named Wishbone and his owner and friends. In each episode, Wishbone's owner Joe and his friends encounter some kind of problem, and as Wishbone tries to help (he can talk, but only the audience understands him) he is reminded of a great book that mirrors the problem the humans are facing. The episode bounces back and forth between the "real world" (Joe and his friends) and an adapted version of the book being played out by actors and Wishbone. The beauty of this program was that it introduced kids to the plot of many great works of literature without overwhelming them. There were many times that I would watch an episode and be so interested in the story, that I would have to read the book. And we are not talking about fluffy books, we are talking about the great stuff: Silas Marner, Oliver Twist, Treasure Island, Sherlock Holmes, Pride and Prejudice, and Robin Hood just to name a few. The show ended up spawning a series of the great books that had been re-written for children, as well as a series of videos of the different episodes. This was such a wonderful series that introduced me to the world of classic literature, and even today I will read a book and be reminded of an episode of Wishbone.
Posted by bookwormans at 7:49 AM

Reading Rainbow was one of my favorite TV shows growing up (as well as Sesame Street and 3-2-1 Contact). Also, I love Wishbone. Even now.