Books That Bore Us 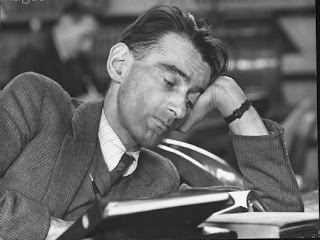 It's something that happens to every reader. You start a book with mile-high expectations, perhaps because it has been recommended by a friend or because it is considered one of the "Great Books", and you throw yourself into the story, expecting to be entertained, delighted and satisfied. And then it happens. Slowly, chapter by chapter, you begin to realize that maybe this book isn't quite what you thought it was going to be. You begin to lose interest first in the characters, and then in the plot itself. Finally, you give up and either place the book back on the shelf or return it to the library. You then move on to the next one, hoping that it will give you more satisfaction.
There many reasons why people stop reading books. Sometimes, they find things in there that greatly offend them. Sometimes, they find that they no longer have the time to read. But most of the time it is mainly because, well, the book is boring. There are plenty of books that I have started and stopped for all of the above reasons.

There is nothing wrong with putting down a book, for whatever reason. The beauty of reading is that you can always put it down and then come back to it either days, months or years later. Re-reading is also a good idea. Books that you considered boring when you first read them might be better after you have changed and matured as a reader and as a person. Plus, some books( like The Three Musketeers and The Brothers Karamazov) have to be finished to be fully appreciated.

Posted by bookwormans at 8:32 AM

Actually, I thought Sense and Sensibility started out rather boring. I finally plowed through it though,and after a while it got to be more interesting. =D

Actually, I think that most of Jane Austen's books are rather boring in the beginning. I guess that just goes to show that you shouldn't judge a book by its cover or its first chapter!