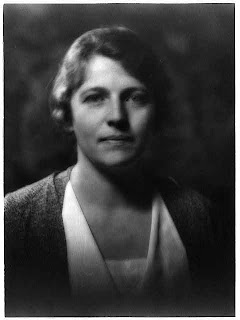 Pearl S. Buck
June 26, 1892
There was only this perfect sympathy of movement, of turning this earth of theirs over and over to the sun, this earth which formed their home and fed their bodies and made their gods . . . Some time, in some age, bodies of men and women had been buried there, houses had stood there, had fallen, and gone back into the earth. So would also their house, some time, return into the earth, their bodies also. Each had his turn at this earth. They worked on, moving together—together—producing the fruit of this earth.
-from The Good Earth
Posted by bookwormans at 8:31 AM