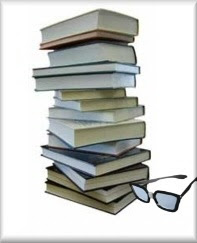 Loved reading your answer! :) I think AK is a lot richer than Madame Bovary, and I just enjoy it more. But I haven't read any other Flaubert, so I don't know if it's his writing style is just Madame Bovary.

Thanks for answering, that's cool. The reason I asked is because a friend I were talking about the Redwall books the same day I read your post and we were reminiscing about how we loved the parts about food. I think your comparison is right on. I read the first 10, I think, and then I got distracted for some reason. I loved those books though :)

Thanks for answering my questions! I loved the Redwall books when I was younger and I still have a bunch (Mattimeo and Martin the Warrior have to be my favourites). I think as a non-Christian kid I didn't really see all the imagery but as an adult it seems really obvious (makes me go duh I was not such a bright reader back then). Love your explanation of the reason for certain animals being good/evil btw.