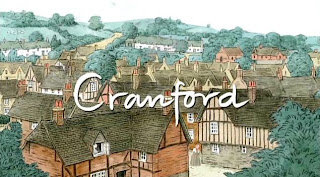 The BBC press office has finally announced the details of the upcoming Cranford Christmas special. Judi Dench will be reprising her role as the lovable Matty Jenkins and filming begins this month.

Kate Harwood, BBC Controller of Series and Serials, and Cranford executive producer, says: "BBC One viewers are in for a treat with the return of Cranford this Christmas. Old favourites return as well as exciting new characters in a richly moving story that will once again delight, enthral and entertain our audience."
I absolutely adore the original series and I am looking forward to returning to Cranford. Here's hoping that the special makes it to PBS the same time it does in the UK!
Posted by bookwormans at 7:13 AM

Same here. Yeah! Thanks for the news flash. :-)