This week, take us on a literary tour of your hometown!

Do you live in a place where a famous author was born? Does your town have any cool literary museums or monuments? Does Stephen King live at the end of your street? Was Twilight set in your hometown?

Share your fun literary facts about the town or area where you live. You can talk about famous (or not so famous) authors who live there, novels that have been set in your area, or any other literary facts that you know about where you live. Feel free to embellish with pictures of places and/or authors, maps of the area, and fun facts about the authors.

As usual, feel free to personalize this. Don’t like your hometown? Pick another! Do you live in a literary wasteland? Feel free to expand and discuss a region. Feel like returning to a place you lived 20 years ago? Go for it!

I was unsure if I could really pull off this week's Weekly Geek. My hometown(s) are not exactly hotbeds of literary happenings (we're known more for our movie industry). But the the idea really intrigued me, so I decided to give it a go. It took a little research, but I found a few novels set in/around my two hometowns. I haven't read any of them, but they look pretty interesting. 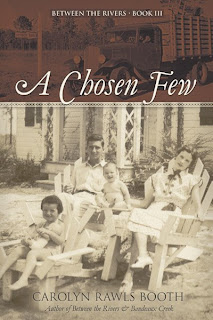 This is the third book in Booth's Between the Rivers series. Set during the bleak days of the Great Depression, this book tells the story of Len Ryan who is hoping to qualify for one of the Penderlea Homesteads. These homesteads were created as part of President Roosevelt's New Deal Resettlement Act which created over 200 new farming communities, including Penderlea. For $60 a year, family's were able to lease one of the homesteads which included a house with indoor plumbing and electricity, animals, barns, etc. The families were expected to raise enough food for themselves, plus some to use in bartering with other homesteaders, creating a self-sufficient community. It was one of First Lady Eleanor Roosevelt's pet projects, and she even visited the community in 1937. Today, Penderlea is still a tight-knit community, located a few miles from my current hometown. There is even a Penderlea Homestead museum. It's nice to see a novel that gives a glimpse into this little known project that saved many families during the depression.

Magnolia Mystery Series by Ellen Elizabeth Hunter
This mystery series is set in and around my other hometown (I spent about 6 years of my childhood there). The author uses not just the locations, but also events like the 60+ year old Azalea Festival. The books involve historic-preservationist Ashley Wilkes and her sister Melanie (hehe!) who solve various murders. Most of the reviews I have read describe them as "good, light mysteries" and "great beach reads". 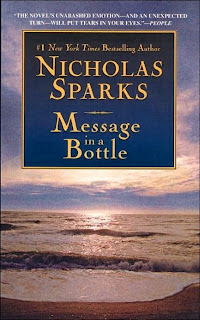 Message in a Bottle by Nicholas Sparks

Perhaps no author has done more for the modern NC literary scene than Nicholas Sparks. His second book is set in Wilmington, NC and involves a woman vacationing on Cape Cod who finds a love letter in a bottle. She tracks the author down to Garrett Blake, who has been dropping these notes to his deceased wife. The relationship continues from there in typical Sparks romance/heartbreak style.

Though most of the books set in my hometowns aren't exactly my cup of tea, it's always neat to see authors who appreciate the beauties of places that are a part of your own life. Thanks to Weekly Geek for such a cool assignment!

Posted by bookwormans at 8:27 AM

Message in a Bottle is beautiful...

lovely that you found that out about where you live.. The mystery sounds just as interesting..

I haven't read any of those, but isn't it good when we go digging and find out fascinating things?
Happy Weekly Geeks :)